Rihanna And A$AP Rocky On Passionate Night Out In NYC

News | Celebrity Fashion & Beauty | Rihanna June 24, 2021 Rihanna and A$AP Rocky were on the night of June 23, 2021, sighted in a bar in Soho’s Barcade, New York City, in what has been described in some quarters as a passionate night out characterized by powerful public displays of affection (PDA). The celebrity duo who are now definitely an item, are said to have had a great time together at the bar, kissing passionately and touching each other most of the time with ever

News June 23, 2021 Paris Hilton has ditched her goal of becoming a billionaire in favor of becoming a mother, reported some media on June 23, 2021. More specifically, the beauty tycoon has reportedly said she is now more interested in babies than making a billion dollars. Hitherto this shift in stance, Paris Hilton had made it noticeably clear in 2019 that she was motivated by money and that making a billion dollars was her goal. Explaining why she decided to ditch the g

News | Lifestyle & Entertainment June 22, 2021 Preparation of forthcoming wedding between Paris Hilton and her fiancé Carter Reum is at advanced stage, reported some media on June 21, 2021. But then, the preparation of the wedding that reportedly will be aired live on TV, is not ordinary. We will tell you why. The self-made beauty multi-millionaire’s famous Chihuahua Diamond Baby is fully involved in the preparation of the ceremony. Paris Hilton is said to have revealed 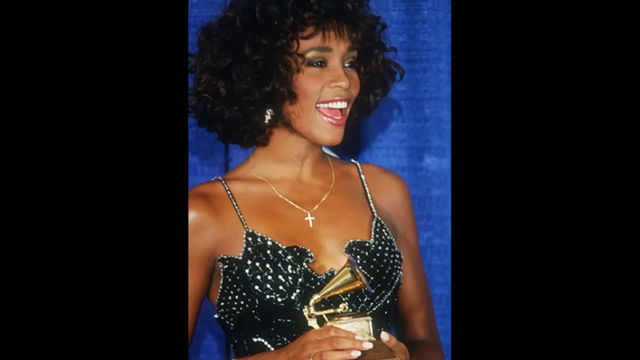 Biographies June 19, 2021 Whitney Houston was born on August 9, 1963, in Newark, New Jersey, USA. She died on February 11, 2012, in Beverly Hills, California, USA. She was a renowned music artist, model, actress, and philanthropist. Whitney Houston studied high school education at Mount Saint Dominic Academy in Caldwell, New Jersey from where she successfully graduated in 1981. Her interest in music is said to have begun as early as in 1974 at the age of just 11, with

Kylie Jenner By Travis Scott’s Side At Parsons Benefit 2021

News June 16, 2021 Rumors about rekindled romance between Kylie Jenner and Travis Scott intensified after the celebrity duo landed together at the red carpet of Parsons Benefit 2021 held in New York City on June 15, 2021. That was first time they have done so since they called it quits in 2019. According to some media on June 16, 2021, Kylie Jenner was in New York City to be by Travis Scott’s side as he received a Parson Benefit award at the annual creative talent and fu

News | Rihanna June 14, 2021 Rihanna made a cameo appearance in A$AP Rocky’s new documentary film Stockholm Syndrome that was premiered at the Tribeca Film Festival in New York City on June 13, 2021. For the cameo role, the popular Grammy Award rapper thanked his global music megastar and beauty multi-millionaire girlfriend in a red-carpet interview at the festival, saying he is blessed, according to US media on June 14, 2021. Not long ago, in May 2021, A$AP Rocky in a