Rihanna on June 18, 2019 launched a pop-up store in New York City, for her Fenty fashion line, reported some media on June 19, 2019. At the event, the music megastar and business mogul was in a stunning outfit comprising a trendy pink mini dress coupled with matching footwear and lipstick. The outfit was given pleasant contrast by massive green earrings and watch, as well as her skin and hair colors. _______________________ © 2015 - 2019 JK Freelance. All Rights Reserved

In a recent interview to The Sun, diva Madonna lambasted Instagram for making people feel bad. That was reported by some media on June 16, 2019. The popular diva who released her 14th studio album, Madame X, on June 14, 2019, reportedly elaborated her attack saying Instagram makes people go about comparing themselves with other people, hence making them slaves to winning approval from others. The diva continued that in her case, she is fortunate she made breakthrough as an ar

Kim Kardashian on June 13, 2019 attended a meeting in the White House, about criminal justice reform in USA. That was reported by various US media on June 14, 2019. She was given a very warm welcome to the meeting, with President Donald Trump reportedly calling her a great friend. Kim Kardashian is a very staunch social and political activist. In June 2018 President Trump commuted a life prison sentence of 63 year old Alice Marie Johnson, after Kim Kardashian visited the Whit 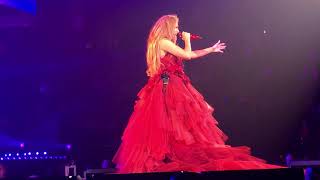 During the opening act of tour It's My Party: The Live Celebration in Los Angeles, CA, on June 7, 2019, diva Jennifer Lopez alias JLo was joined on stage by her daughter Emme (11) for a powerful duet. Wearing perfectly matching gowns, the duo sang together the last part of JLo's single Limitless. The performance of Emme was absolutely remarkable, probably indicating possibility of her following the musical footprints of her famous mom. ______________________ © 2015 - 2019 JK

Outspoken chairperson of the board of Miss America Organization, Gretchen Carlson, has quitted the position, reported some US media on June 5, 2019. Gretchen Carlson, reportedly a hardcore feminist and former Miss America herself, masterminded the elimination of the iconic swimsuit competition from Miss America pageant and controversially replaced it with some sort of interview session. While she received some support in some quarters during her reign, she was also lambasted

A fervent male fan of the music superstar Miley Cyrus delivered a passionate kiss on her in Barcelona, Spain, reported numerous media on June 5, 2019. According to some of the reports, Miley Cyrus while walking behind her husband Liam Hemsworth probably towards a waiting automobile, was grabbed and pulled forcibly towards the fan who then kissed her passionately. The fascinating incident said to have been captured in video, occurred on June 2, 2019. Miley is said to have mana

Rihanna is currently the richest female music artist in the world. According to Forbes, the music megastar and business mogul has a net worth of a staggering $600 million as of June 4, 2019. That is more than double her net worth a year ago. Rihanna's rapidly accumulated massive wealth is said to have emanated mainly from her very successful business ventures. The latter entail: Fenty Beauty for beauty accessories, Savage X Fenty for lingerie, and the recently launched Fenty

Priyanka Chopra Aspires To Be Prime Minister Of India

Speaking to The Sunday Times recently, actress and artist Priyanka Chopra (39) said she would love to run for the prime minister of her homeland India. That was reported by some media on June 3, 2019. The former Miss World continued she would also love her husband Nick Jonas (26) to run for the president of USA. She added without elaborating, that they are both keen at making a change. ______________________ © 2015 - 2019 JK Freelance. All Rights Reserved