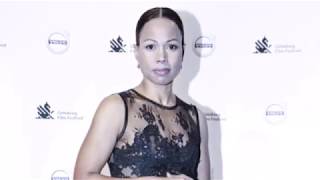 Alice Bah Kuhnke is Sweden's Minister of Culture and Democracy, and probably one of the most beautiful cabinet ministers in the world. Alice Bah Kuhnke was born Alice Bah in Malmö City in Skåne Region on December 21, 1971, to a Swedish mother and a Gambian father, but grew up in a little town called Horda in neighboring Småland Region. After completing high school, she joined Stockholm University in 1999 where she successful graduated with a degree in 2003. Before been appoin